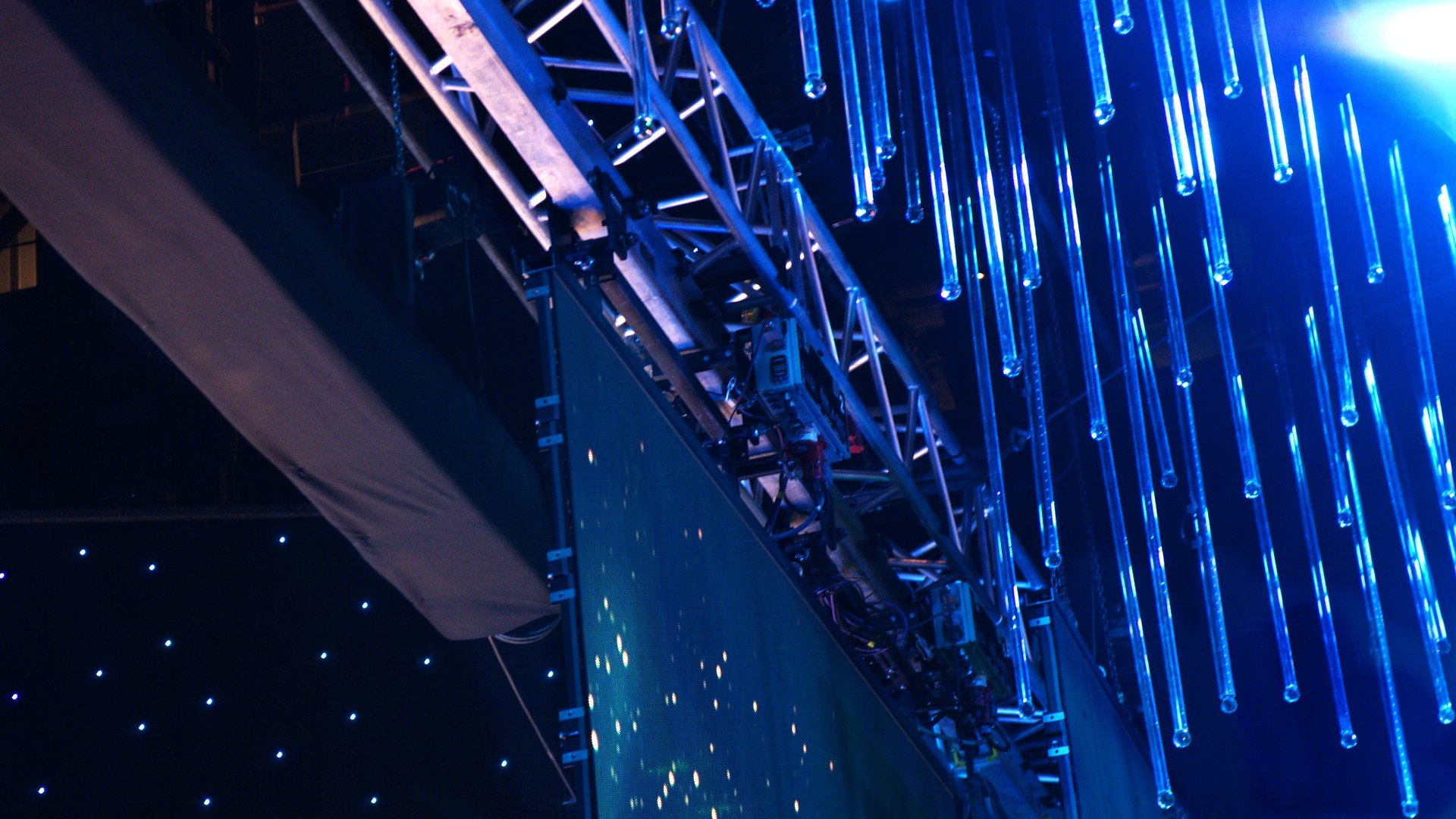 During the ceremony monorail system Variotrolley by Chainmaster was used for positioning LED screens that served as the sliding scenery for entering nominees on the stage.