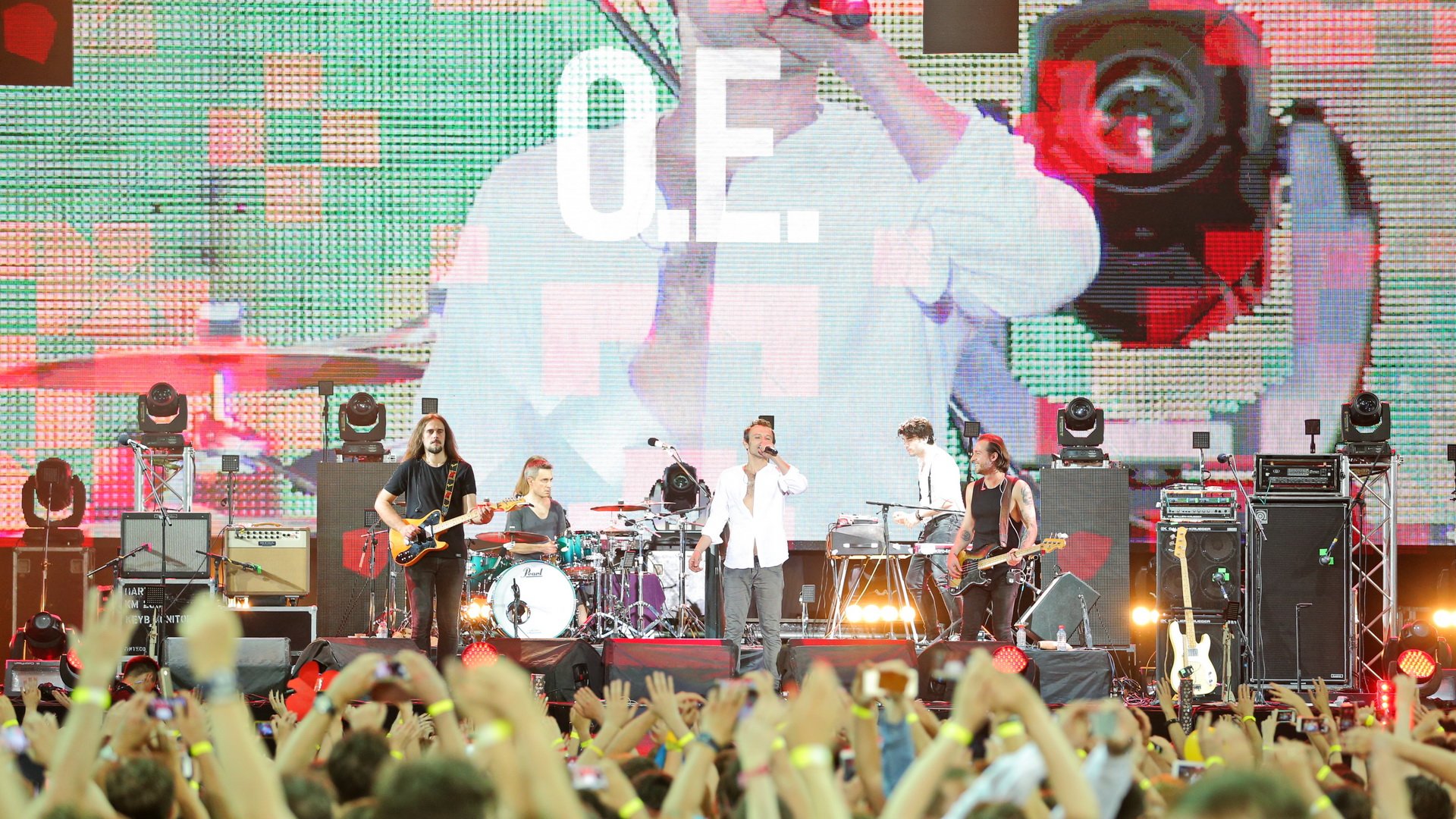 Saturday, June 18. The arena of National Sport Complex "Olimpiyskiy" was blown up by mix of powerful sound and true rock-n-roll drive which led to an emotions explosion of many thousand fans of Svyatoslav Vakarchuk and "Okean Elzy" band, which met they are favorite artists on the concert of bands “World tour” that finally reached Kyiv. Like two years ago, metropolitan audience voting by their own tickets, proved that the "Okean Elzy’s" show is the most desirable and expected. During this show a new national attendance record for such events was set. In turn, "Ocean Elsy" band about three hours played for their fans it favorite hits as well as songs from the new album "Bez Mezh" (No limits). Technical support of the concert, as well as other tour concerts (stage, sound and light), provided by company Zinteco. Some moments of the concert you can see on photos from our gallery.