The L-Acoustics Network was created in 2009 after the launch of the K1 pilot program. The pilot program K1 was introduced to conduct a preliminary "field" test of new flagship Line Source System in real conditions of stadiums and festival tours. The leading world rental companies: Rat Sound Systems (USA), Black Box Music (Germany), Britannia Row, SSE Audio Group (Great Britain) took part in this program. After two years of testing, the mass production of the system began, and the Rental Network started to grow. Сurrently it numbers about 650 companies around the world. 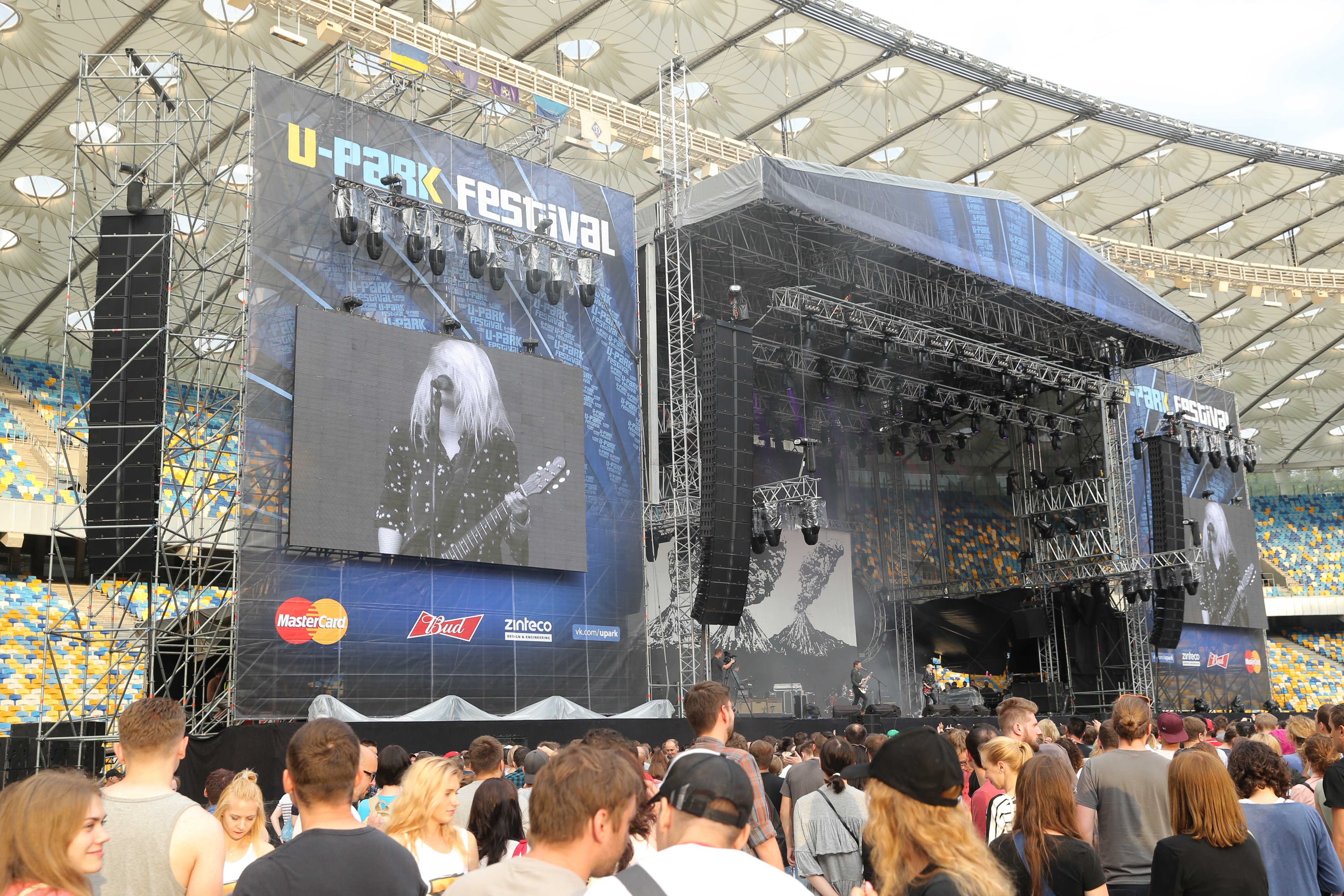 The new system K2 appeared in 2014 as an evolution of the flagship K1. K2 is not just K1 in the format of 12". The new system has added operational flexibility due to larger vertical opening angle and innovative PANFLEX™ technology. Rental Network has gained a new powerful impulse for growth. K2 is predicted to be a very successful and multipurpose system both as the main PA system and as one complex with K1. The unification of the L-Acoustics rigging system allows to connect easily different systems for optimal realization of a variety of tasks. 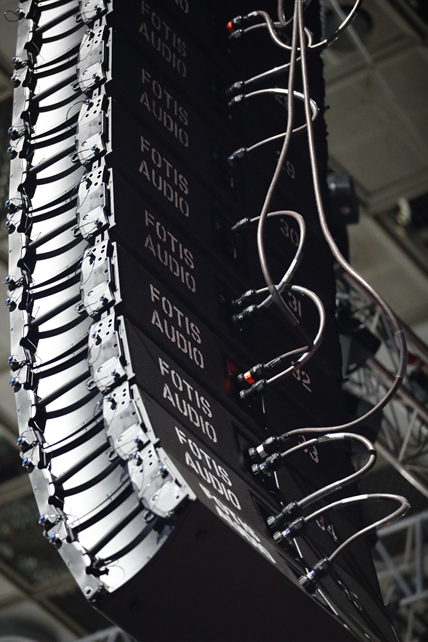 The agents of Rental Network have a number of obligations and tasks:
The first obligation concerns equipment sets. The ideology of L-ACOUSTICS - the sets of rental equipment should be at least the minimum size set for efficient use. There can be no compromise between quality and equipment kit.
The second task is the adoption of a universal signal distribution and control system (unification of the amplifiers - controllers LA12X / LA8, merged into the standard LA-RAK and the network LA Network). This is a guarantee of the predicted and successful work with standard electronics, cables, accessories of L-ACOUSTICS.
The third obligation concerns the education of personnel. L-Acoustics positions itself as a market leader of acoustic systems, and pays great attention to the training of technicians to work with design software, electronics and the loudspeakers. Training and certification of specialists by leading engineers of L-Acoustics is mandatory.

Standard setting helps to achieve:
- predictable performance and system behavior with its optimized components
- simplified cross rental, easy system interfacing and fast pooling of systems
- maximum efficiency and safety in the field with standard electronics, cables, accessories
- high quality of the design and adjustment of the system due to obligatory training and certification of specialists L-Acoustics

FOTIS AUDIO is currently the owner of the L-Acoustics equipment, which corresponds to the highest K-standard system K2 with a set of newest subwoofers KS28 and LA12X amplifiers in the LA-RAK II. 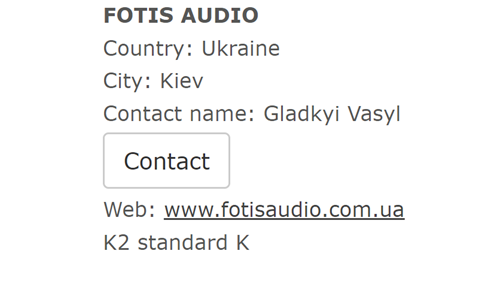 FOTIS AUDIO is the only company in Ukraine represented by the top-level system of L-Acoustics K1, which is the world leader in the show implementation on large venues.
K1 system from FOTIS AUDIO in combination with K2 and KS28 subwoofers was used as the main PA system at the UPark festival at the Dynamo Stadium in Kyiv. The headliners were Gorillaz and Massive Attack. 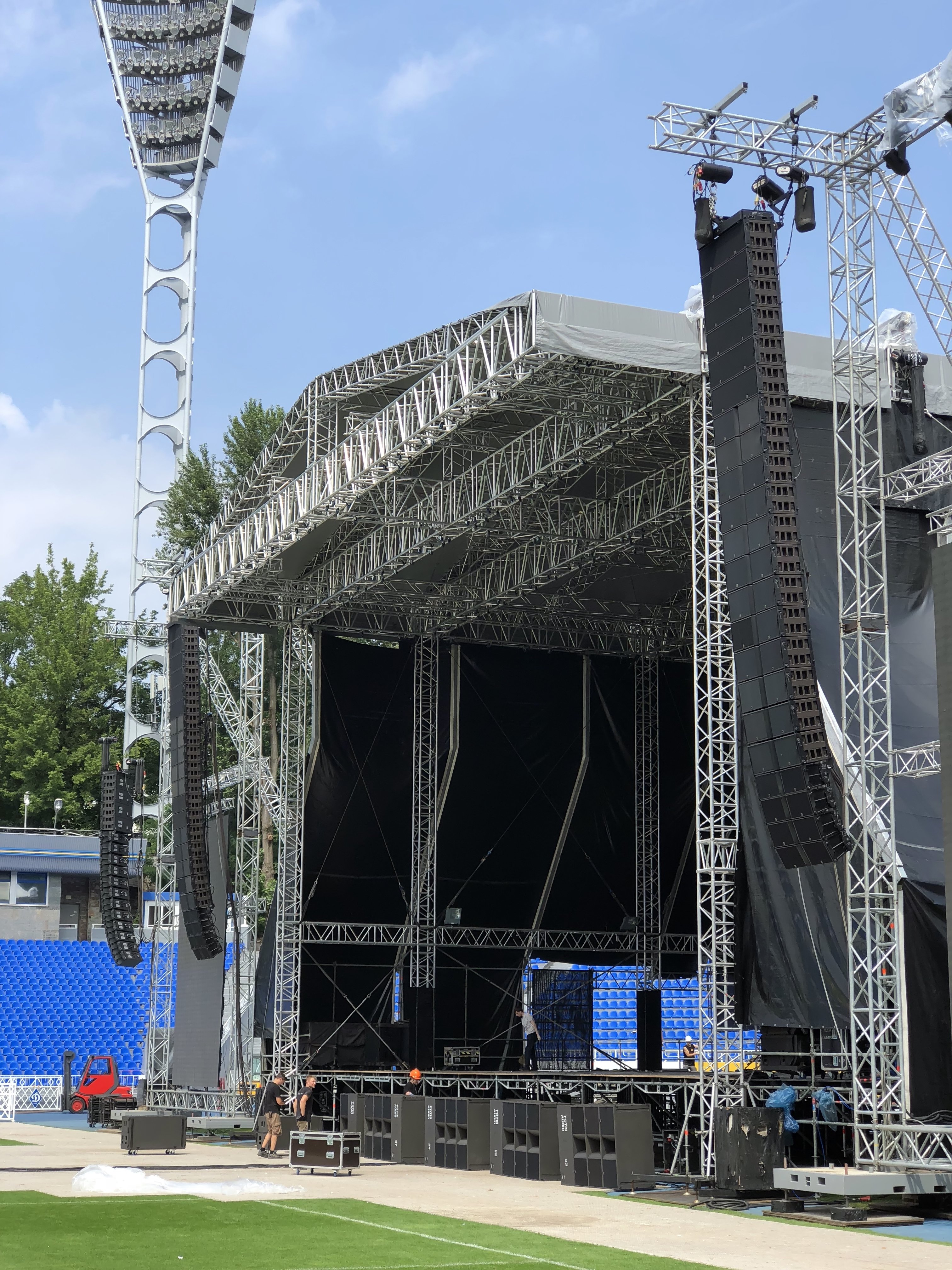 FOTIS AUDIO pays attention to the training of specialists. The company's engineers trained at L-Acoustics headquarters in Marcoussis, France, and were certified to work with the appropriate equipment.
March 2010 - Rammstein concert. K1 systems. 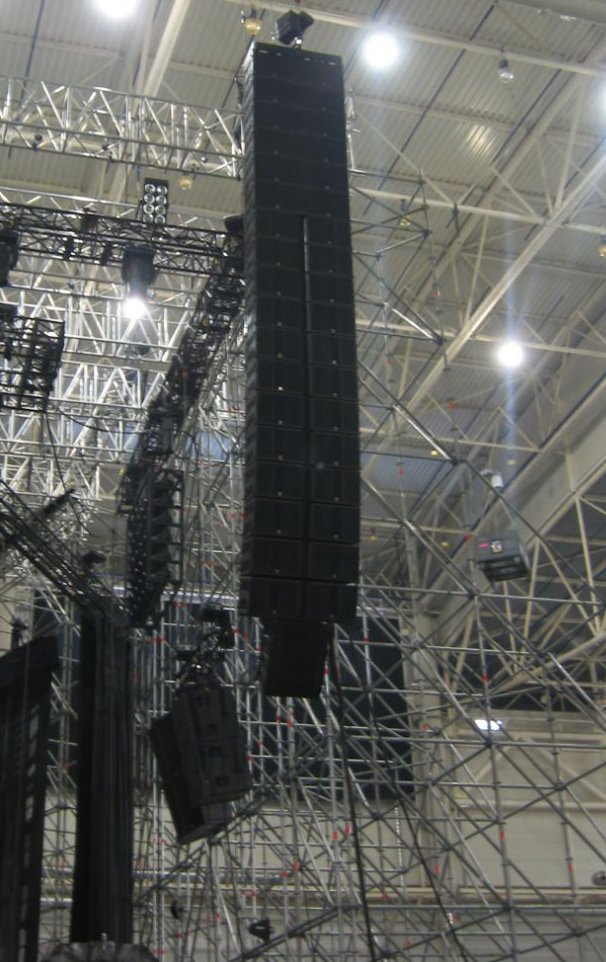 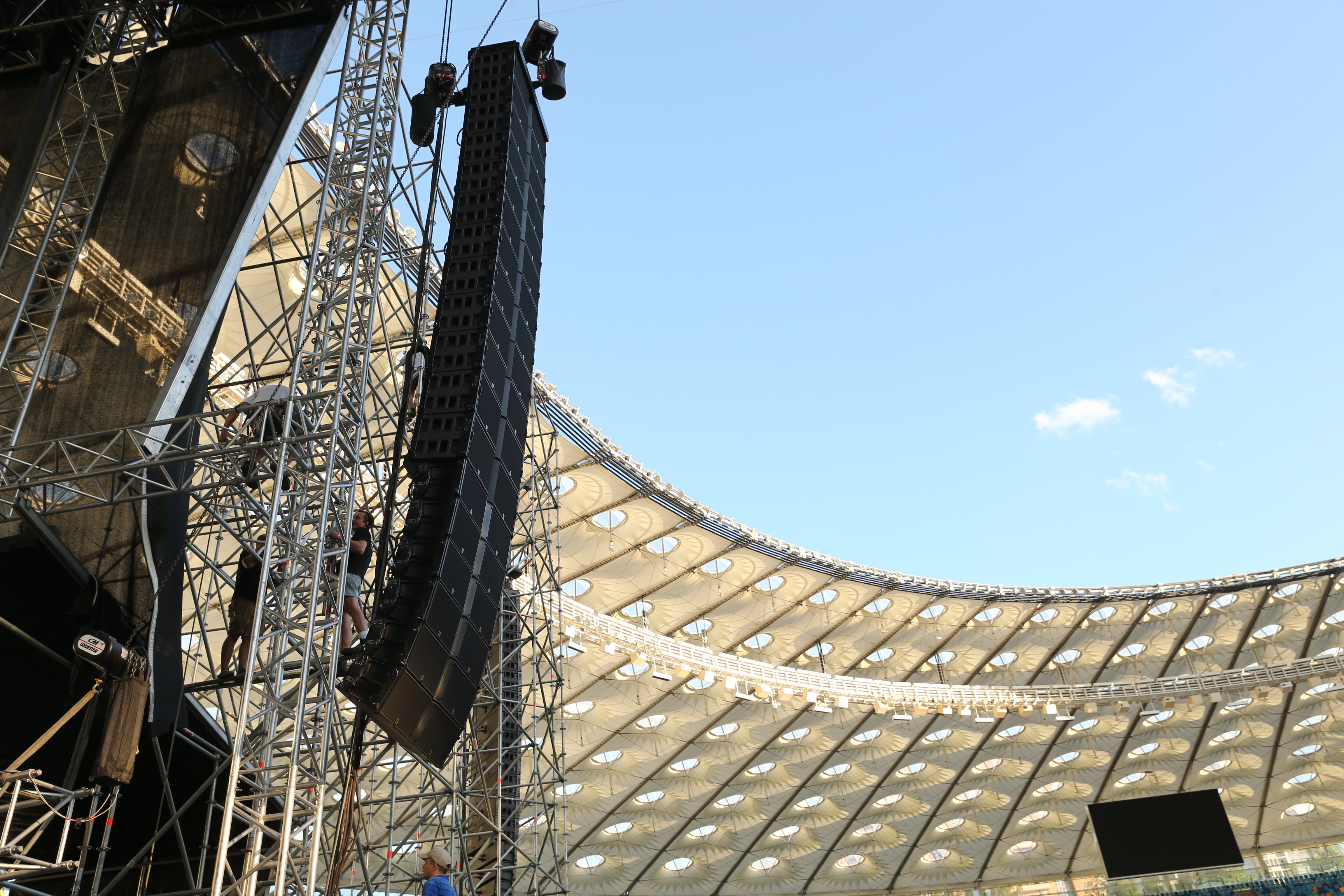 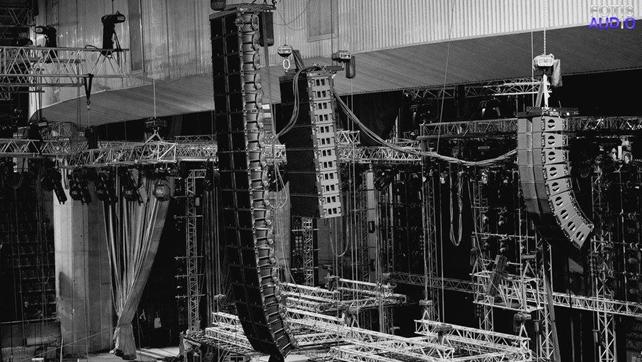 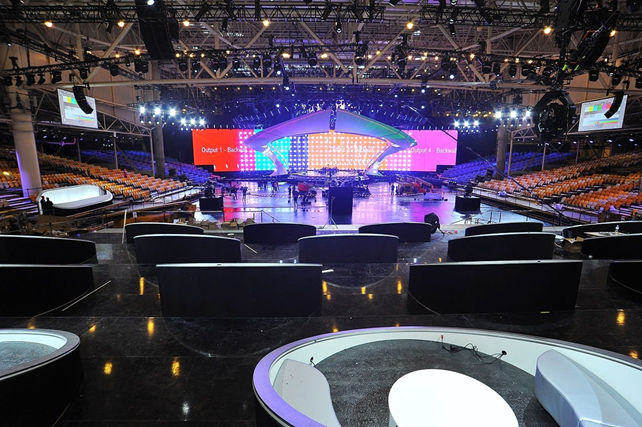 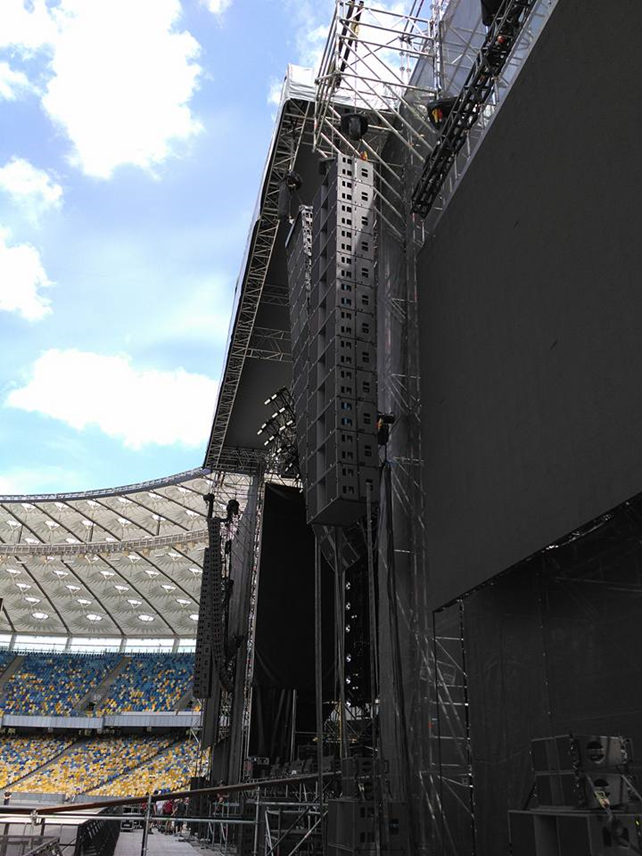 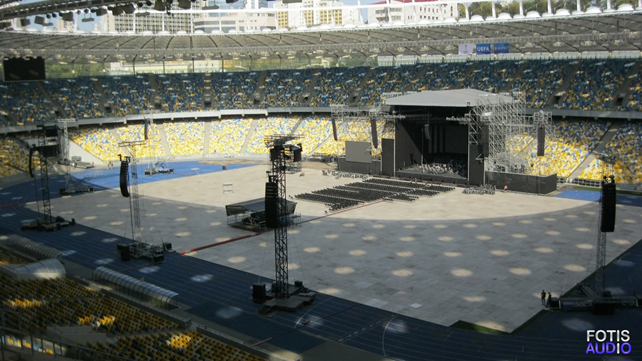 On August 24, 2018, a large concert of Okean Elzy band took place at the NSC Olimpiyskiy. About a hundred thousand fans of the band could appreciate the power and quality of sound. L-Acoustics K1, K2, KS-28, K1-SB, Kara systems were used.